You can now order your board from Roberts Surfboards [2021] 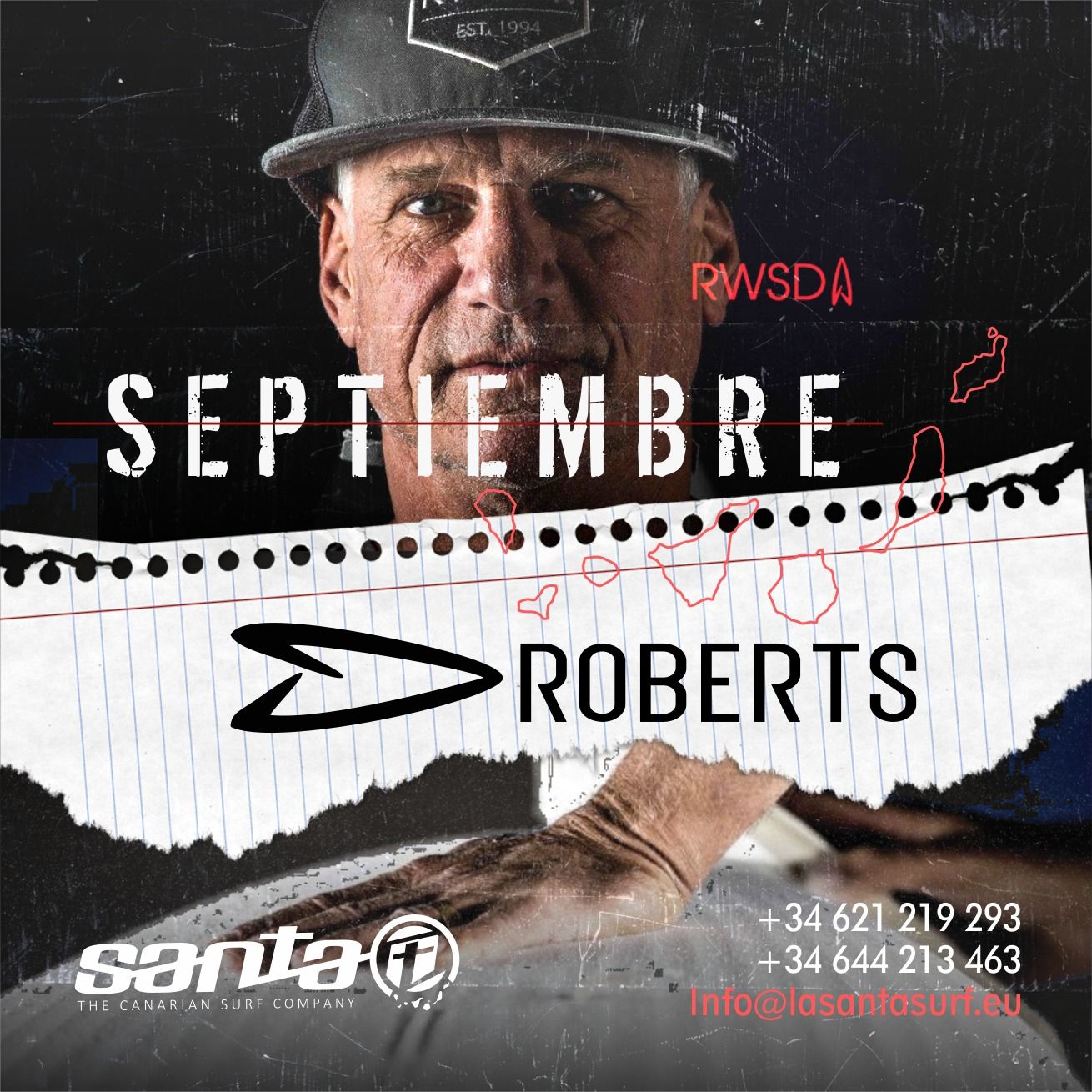 We start a new season in La Santa Surf, with the arrival of September, we will have in our factory the visit of Roberts Surfboards who comes directly from California to Lanzarote to make your board, fully customized. From the 1st of September 2021, Robert will be taking all custom orders so it will be a LIMITED series.

¿Who is Robert Weiner?

Robert Weiner of Roberts Surfboards awarded Shaper of the Year for 2011 by Surfing Magazine (January 2011 edition).

Surfing Magazine began awarding a “Shaper of the Year” in 2002 with a who’s who list of top shapers in the world. The selection process involved past winners, magazine staff and the buzz being discussed by surfers, both professional and general.

Robert began shaping surfboards in his parents garage at age 12 which eventually lead to him working at McCrystal Surfboards in 1990 until he ventured on his own and started Roberts Surfboards in 1994. The driving force behind Robert’s surfboards designs was constant refinement from riders’ feedback and his own experiences (Robert surfs most days of the week and still competes in the NSSA) in order to push the limits of performance surfboard designs.

Orders available from 01 September to 15 September 2021. Do not hesitate to contact us and we will advise you as best as possible!